The November 2014 edition of VARAC Pit Signals by Jeremy Sale has been released! 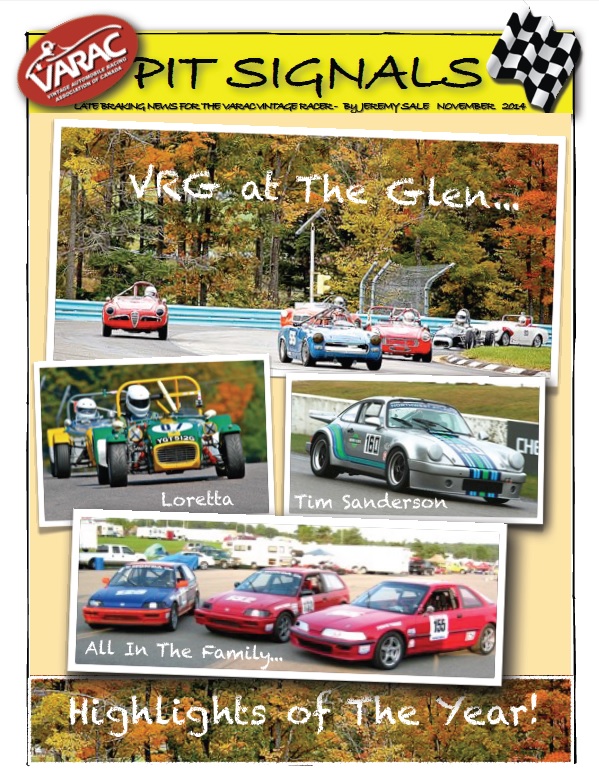 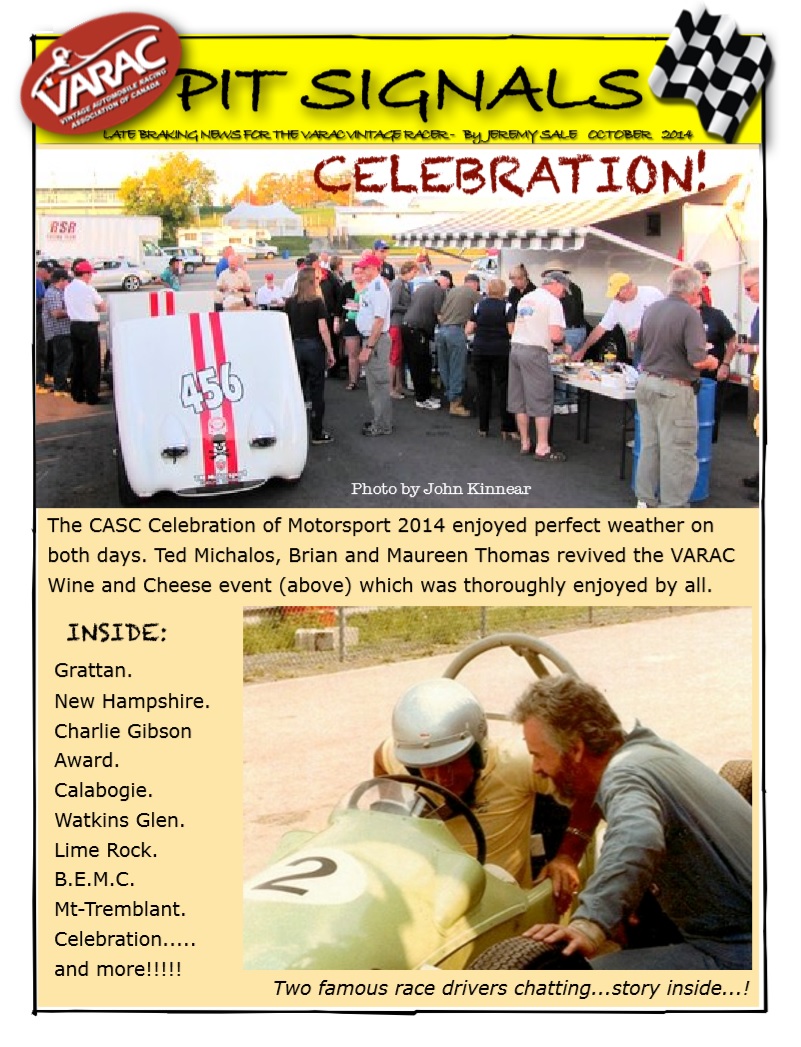 TORONTO, ON (October 23, 2012) – The Vintage Automobile Racing Association of Canada (VARAC) will honor all of their 2012 “Champions” immediately after the VARAC Annual General Meeting in a presentation scheduled to take place at the Sheraton Parkway Hotel, 600 Hwy 7 East, Richmond Hill, Ontario on Saturday November 10th, 2012 from 4 to 6pm.

Based in Ontario, VARAC is the premier Vintage Automobile Road Racing Club in Canada with members from the Prairie Provinces, the US, Europe and of course, Ontario and Quebec.

VARAC races cars made in 1989 or earlier, and splits the cars into 4 age groups:

In addition to the awards for the Racing Championship, VARAC will acknowledge the contribution and loyalty of several members by presenting them with the coveted “Lifetime Membership Award”.  This award recognizes individuals who have exhibited “The Spirit of Vintage Racing” through their involvement with and contribution to VARAC and Vintage Racing over an extended period of time and may include Drivers with a long term history in vintage racing and especially VARAC, also Workers who have significantly contributed to VARAC and Crew members who always seem ready to help others.

Recipients of the Lifetime Member Award in 2012 are:

Vintage Racing is a celebration of “Racing into the Past”. VARAC is fortunate to be supported by a number of Canada’s greatest racing drivers, National and International Champions who contribute their time and reputations to furthering the “Spirit of Vintage Racing”.  In recognition of their efforts, VARAC has created a new “Honorary Member Award” for 2012 and beyond.

Recipients of the Honorary Member Award in 2012 are:

A special thanks to Karen Eagleson for providing the race results throughout the weekend at the Legends of Motosports Powered by HMSA, held at Circuit Mont Tremblant on July 27 to 29, 2012