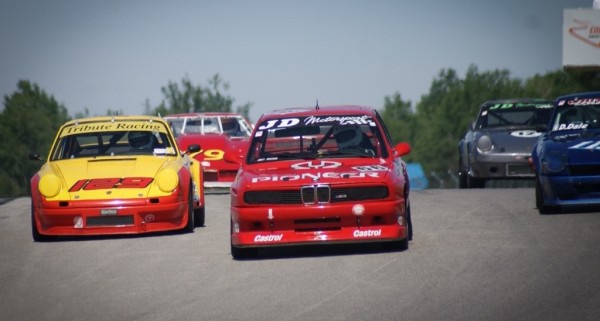 TORONTO, ON (April 27, 2015) – The Vintage Automobile Racing Association of Canada will debut the newly named “Classic” grid, which includes both Group 70+ and Group 90 cars, at the May 2/3 BEMC Spring Trophy Races at Canadian Tire Motorsport Park.

“With the new race class of Group 90 being added in 2015, VARAC has expanded the eligible age of historic race cars to include the racing period of 1990 to 1994.” says Del Bruce, VARAC’s President and Race Director. “We believe this is a very positive move in response to the interest in newer cars. We hope to see a good number of these cars joining us at BEMC and of course, at the Canadian Historic Grand Prix, June 19-21.”

There are three race events on the VARAC race calendar in May; the BEMC event, to be followed by the Vintage/Historic grid’s season opener on May 22-24 at the Mont Tremblant “Spring Classic”, then on May 30/31 VARAC has added a non-points “Sportsman” race to the schedule, MCO’s new for 2015 Calabogie “May Madness”.

The highlight of VARAC’s season, the Canadian Historic Grand Prix, takes place Father’s Day Weekend, June 19-21 at Canadian Tire Motorsport Park. The event continues to celebrate the history of Canadian motorsport and this year will feature the entire history of Formula Ford, including the Oliver Clubine Memorial race, run groups for all eras of Formula Fords and a special addition, the Toyo Tires F1600 Series at the CHGP as part of their championship schedule.

VARAC Takes On Pre-Season Testing at CMTP, DDT This Weekend

May 2015 Pit Signals
Scroll to top